A 15 year old boy who aims to become a Protector.

He doesn't like studying but is a master at the Wake Rider. His ambition to become a Protector is inspired by the orphans who photograph creatures in the Garden. By becoming a Blue Hunter and discovering new creatures, he hopes to fulfill their dreams for them.

His father went missing during the Valhalla Incident 10 years ago and has been living together with his mother in GRAND/MW since. Becoming a true Blue Hunter would allow him to travel between cities, and he dreams that by doing this he may be able to search for his father. He is currently a Cadet in the Hunter Guild ψ (Psi). Despite being of the lowest rank, his ability to sometimes display prowess beyond even the adults makes him an appealing member of the group.

He has a crest-like surgical scar on the bottom of his foot... 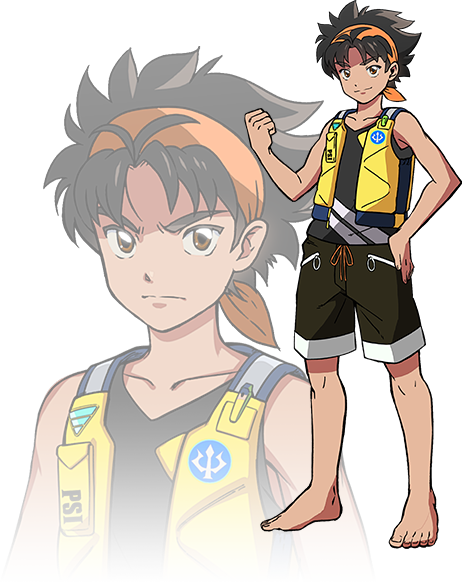